It would be recalled that Rosy was once called out by Tonto Dikeh in an interview of allegedly sleeping with her husband while their marriage was solid. The accusations were however denied by Rosaline.

“It is alleged that the once most famous side chic of a celebrity husband, Rosline Meurer is heavily pregnant and is currently in somewhere in obodoyibo making preparations for the baby. It’s also alleged that she was recently spotted with Mr Olakunle Churchill while she’s still pregnant,” 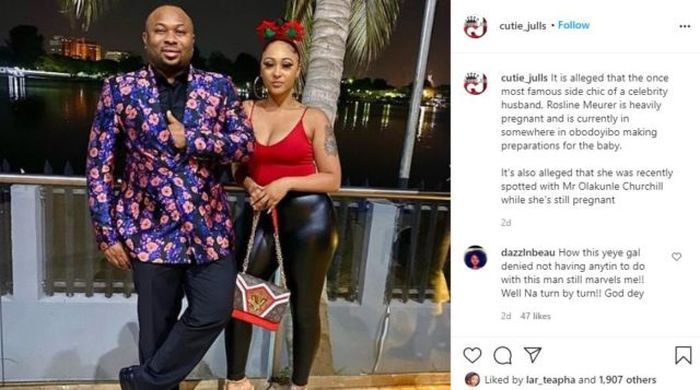 Prev postNext post
Use your ← → (arrow) keys to move to the next page of this post
Trending!  MR P SETS TO DROP HIS DEPUT ALBUM -PRODIGAL SON
Tags
Tonto Dikeh